A continuously expanding collection of dark and elegant apparel for the wicked. 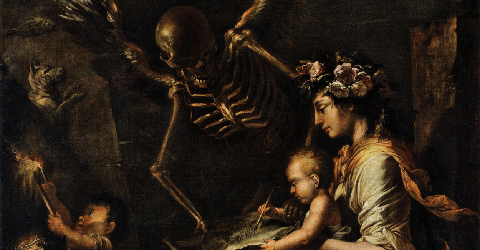 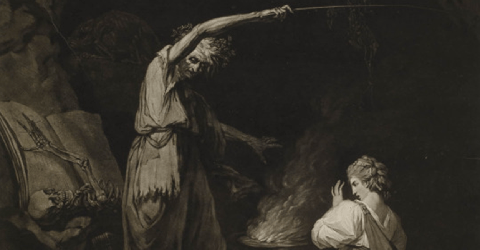 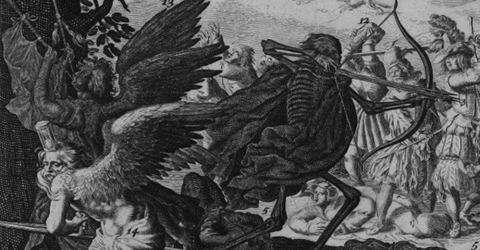 We tend to get a little confused when we talk about goth and goth fashion and this is pretty much society to blame and its a very cliché-istic way of looking at things. Therefore, we prepared  Six Common misconceptions about goths that you probably had to deal with.

Well, we`ve made our homework and we surely want to clarify some of the basic judgments about what Goth and Goth Fashion is or not. So, there`s that, we wanna shut out all the rumours by proving them wrong, so that we could once and for all, peacefully talk about all the dark clothing items we love. We know it was hard until now, but ladies, remember, witches had to suffer in the past too. Therefore, if you`re feeling misunderstood, judged for who you are & for your witchy sense of fashion, these pages are for you.
The list of the wrong perspectives that passed the history of the dark gothic fashion over time is a long one. Let us now discuss the most popular and serious ones:

1. Goth is a pagan cult
For starters, goth fashion is nothing but fashion. It has nothing to do with what we call lifestyle and doesn’t affect you ethically or faithfully.
Pegan influences are more visible in the other art forms such as literature (see Edgar Allan Poe or our contemporary Neil Gaiman kind of stories) or graphic arts (e.g. Salvador Dali) or music (e.g. Joy Division), but when I say ”pagan influences”, I’m talking about it strictly as a inspirational thing. They were inspired by some of the mythical facts and just told their stories/ painted their paintings, that doesn’t mean that they were part of some kind of a peculiar cult.
As for clothing, seeing a pentagram on an ankle, having a skull accessorizing your purse, well, we find it very fashionable and so not dangerous. But of course, it’s yer call, babe!

2. BLACK is the Devil’s colour
During the Roman Empire, it became the color of mourning, and over the centuries it was frequently associated with death, evil, witches, and magic. According to surveys in Europe and North America, it is the color most associated with mourning, the end, secrets, magic, evil, and elegance.
Just think about it, it is a lot easier to match a little black gothic dress with anything. You can go with neutral colors but you also can come up with more inspired daring adjustments, all without risking anything. Your image will be unshaken; in fact, you will be appreciated either way.
A black dress has its advantages and we all should agree on that. It makes your body look thinner, classier and way sexier than every other color ever invented. So, why would we wanna stop that?!

3. Goth accessories are nothing more than
One thing we cannot deny is that goth jewelry and accessories are sexy, but the fact that some people directly associate them with a certain form of sexual relations says more about their dirty little minds instead.
I`m addressing this now to all the girls who love wearing leather and chokers: there is nothing wrong with it, just embrace your inner witch and roll with it!

4. Goth people are depressed
As stated by The Perkygoth Manifesto, goth culture can be as conservative as your typical regular culture. But rather than pretending to be happy, you must pretend to be sad. Beyond everything, being sad is associated with being wise and complicated.
There is a distinct beauty in darkness, and a kind of purity in pain and misery that the goth subculture and particularly, goth music really taps into. Their outfits may serve as a reminder that everybody dies and they are ready for that but this encourages them to enjoy life to the fullest.
So as far as the misconception goes, goth people are actually happy, well-adjusted people.

5. Tattoos and body piercings are against the God`s will and word
It is always helpful when digging for biblical truth to check out the big picture rather than pulling out just one verse. If we start looking for answers to this specific modern question in the Old Testament, we find some surprising info. For example, there are several passages that indicate that piercings, including nose rings, were permitted by the Old Testament law.
Genesis 24:47, Abraham’s servant did something strange when he found a wife (Rebekah) for Isaac.“Then I asked her, ‘Whose daughter are you?’ She said, ‘The daughter of Bethuel, Nahor’s son, whom Milcah bore to him.’ So I put the ring on her nose and the bracelets on her arms.”
Well, there you have it…you’re welcome for the argument.

6. Goth people do black magic
I was about to say that this is just another stupid, senseless myth about goth people, but you know what? They really practice magic, but just not the one you`re thinking of.
We got qualified in the dark magic of seduction, we like good literature, good music and we do look good. That is also a sort of magic, isn`t it?

Okay, now that we`re clear about the usual stereotypes and we`re also clear about how to fight back if needed, I think it`s time to move on a little because after all, real witches never look around for opinions, they just find answers in themselves or asking their sisters for it.
For starters, we`re purposing to have a weekly presentation on things like different items, pieces of clothing, and we`re gonna treat each and every one of them individually so that we could give our dark dolls a sweet bloody trip through our witchy world.
We`ve already given you some hints about the items that we`re madly in love with (e.g. that darkish essential black dress, the chokers, leather clothes and accessories and so on), but we won`t stop here. We will bring them up again, with much more enthusiasm and attention to details, advice, and hints, views on what to wear, why to wear, when to wear and all the other things you will need. Just be sure, you can count on your witchy fellas! We would like to give you some clues about what we`re going to talk in the next article, but we`d prefer, of course, not to spoil anything for you. Not yet!
Until then, stay dark and wicked!

“In fairy-tales, witches always wear silly black hats and black cloaks, and they ride on broomsticks. But this is not a fairy-tale. This is about REAL WITCHES. The most important thing you should know about REAL WITCHES is this. Listen very carefully. Never forget what is coming next.”
― Roald Dahl, The Witches

This website uses cookies to improve your experience while you navigate through the website. Out of these, the cookies that are categorized as necessary are stored on your browser as they are essential for the working of basic functionalities of the website. We also use third-party cookies that help us analyze and understand how you use this website. These cookies will be stored in your browser only with your consent. You also have the option to opt-out of these cookies. But opting out of some of these cookies may affect your browsing experience.
Necessary Always Enabled

Any cookies that may not be particularly necessary for the website to function and is used specifically to collect user personal data via analytics, ads, other embedded contents are termed as non-necessary cookies. It is mandatory to procure user consent prior to running these cookies on your website.